The Palmas Altas project, the second wind farm in Texas, will have a capacity of 145 MW and be equipped with 46 of Nordex’s AW3150 wind turbines.

ACCIONA Energía has started construction work on its second wind farm in Texas —the company’s ninth in the U.S. — which will increase ACCIONA’s U.S. wind power capacity to 866 megawatts (MW). An investment of around €176 million ($200 million at the current exchange rate), Palmas Altas will have a capacity of 144.9 MW and be equipped with 46 wind turbines of Nordex technology. Grid connection is planned for November 2019.

Located in Cameron County, near the San Roman wind farm that ACCIONA started up in December 2016, the new facility will produce around 524 gigawatt-hours (GWh) of clean energy per year, equivalent to the consumption of 43,000 U.S. households. It will offset the emission of 503,000 metric tons of CO2 – the equivalent of taking more 100,000 cars and trucks off the road.

“We are proud to be furthering our investment in the United States, one of our main strategic markets where we remain alert to any opportunity offered by this promising sector” said Rafael Esteban, CEO of ACCIONA Energy USA Global LLC.

The Palmas Altas project will employ approximately 170 people at the peak of construction. When complete, a 10-person operations team will staff the wind farm. Over its 25-year lifespan.

The wind turbines installed in Palmas Altas will be Nordex’s AW125/3150 model with a rotor diameter of 125 meters, mounted on an 87.5-meter steel tower (hub height). The energy produced by the wind farm will be sold in the ERCOT-South Texas wholesale market.

ACCIONA currently owns and operates eight wind farms in the United States. In addition to San Roman (93 MW), mentioned above, the company has three others in Oklahoma (329 MW), two in the Dakotas (192 MW), one in Illinois (101 MW), and one in Iowa (6 MW). It also has a 64 MW CSP plant in the Nevada Desert. In addition to Palmas Altas, ACCIONA Energía has other wind power projects in its pipeline that will increase its operational capacity in the United States. 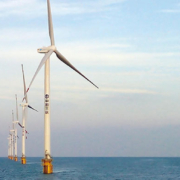 ACCIONA and SIEMENS consolidate their alliance to develop water projects

The digital twin, another step forward in ACCIONA’s commitment to technology