The Northern Express Group joint venture, consisting of ACCIONA, in the form of ACCIONA Infrastructure Australia, ACCIONA Concesiones and local partners, has been designated preferred bidder by the New Zealand Transport Agency for the contract for the design, construction, financing, asset management and maintenance of the Pūhoi -Warkworth motorway.

The project, developed under a public-private partnership (PPP) involves the four-lane extension of the Northern Motorway (also called SH1) over 18.5 kilometers from the Johnstone’s Hill tunnels to north of Warkworth.

It is the first section of the Ara Tūhono-Puhoi to Wellsford section, a strategic route for the country’s transport network and a key project for the northern zone in the triangle formed by the cities of Auckland, Waikato and Tauranga. The project is part of a state program to improve passenger and goods transport between some of the main urban centers in New Zealand. It is aimed to have the Pūhoi to Warkworth motorway open for traffic by 2022.

It is the first contract awarded to ACCIONA in New Zealand, although the company already has a strong presence in Oceania since 2002 thanks to its long-standing experience in Australia, a platform for access to Southeast Asian markets.

ACCIONA has become a reference company in the sector in Australia after being selected to develop some of the biggest infrastructure projects put out to tender in recent years. These projects have also won several prizes.

For example, ACCIONA is part of the Nexus Infrastructure joint venture awarded a contract in August 2015 to design, construct, operate and maintain the Toowoomba Second Range Crossing (TSRC) project in Queensland, a PPP project for 1.6 billion Australian Dollars that recently won an award from IJGlobal, a prestigious publication that recognizes the most outstanding infrastructure finance initiatives worldwide. 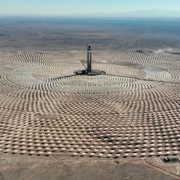 A video game to improve energy efficiency in public buildings

The Cebu Bridge, being constructed by ACCIONA in the Philippines, now more than 50% complete