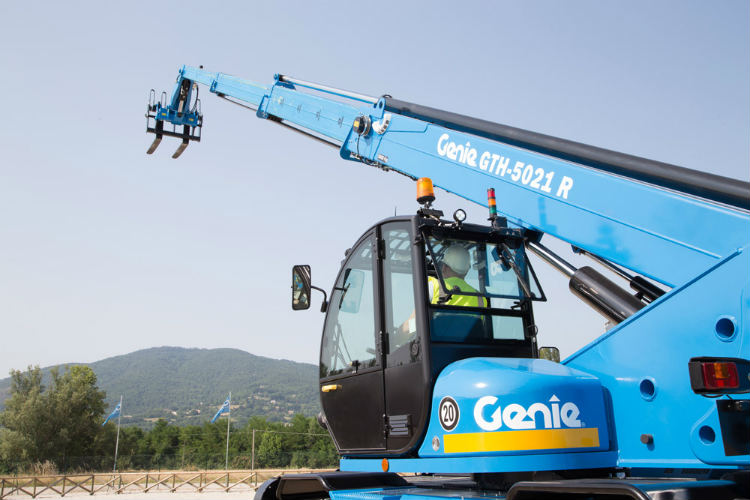 Following a 6.5 level earthquake that hit the area of Norcia (Perugia, Italy) end of last year leaving 30,000 people homeless, Genie delivered a Genie GTH-5021R rotating telehandler to the Civil Protection of the Region of Umbria to assist free of charge in the construction of temporary homes for the displaced population.

Located some 100 km (60 miles) from the production facility of Genie boom lifts and telehandlers in Umbertide, close to the university town of Perugia, the historic walled Umbrian town of Norcia was first hit by a 6.2 level quake in August. Two months later, on October 31st, a second 6.5-level strike, close to the quake’s epicentre, hit the few buildings in Norcia that were left standing.

“When catastrophes like this happen, the least we can do is helping the local community in the way we know best: providing them with our machines,” says Francesco Aiello, Senior Director of the Genie production facility in Umbertide and initiator of this support initiative together with Corrado Burzigotti, Supervisor of one of the production lines in the facility and volunteer with the Civil Protection.

Aiello continues: “With temperatures close to the freezing point, building temporary homes for the town’s residents is a top priority. For this reason we have delivered last week our brand’s largest and most powerful rotating telehandler model, the Genie GTH-5021R, to the Civil Protection of Umbria Region. The GTH-5021 R will be used immediately to help set up wooden houses providing shelter to the displaced population of the Norcia area, and will be offered for as long as needed.

Being able to relief the local community in the aftermath of this earthquake” concludes Aiello “is an invaluable experience for the Genie team in the Umbertide facility.”

Estimated by experts as being the strongest in the region since a 6.9 earthquake in Italy’s south killing 2,735 people in 1980, last October’s quake fortunately deplores no lost lives but destruction has been devastating, severely damaging homes and historical buildings such as the town’s ancient Basilica of St. Benedict that dates back to the 16th Century. 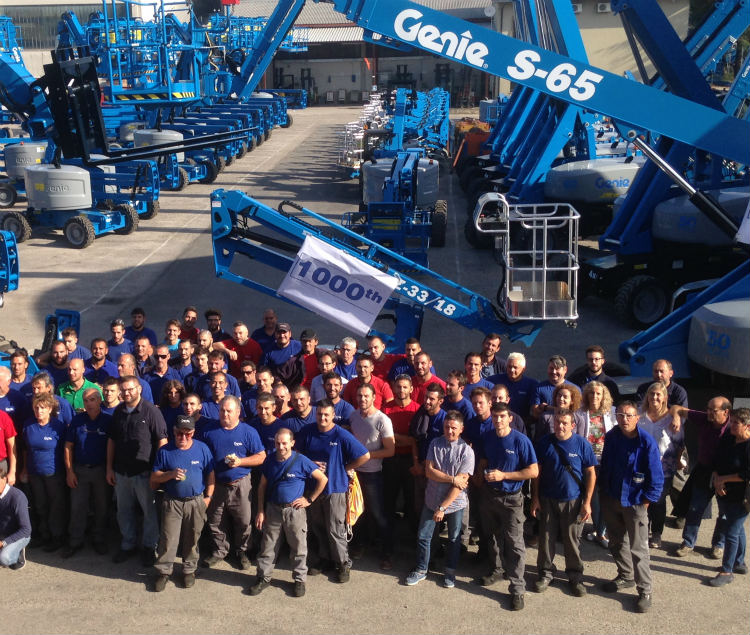 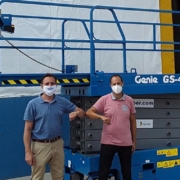