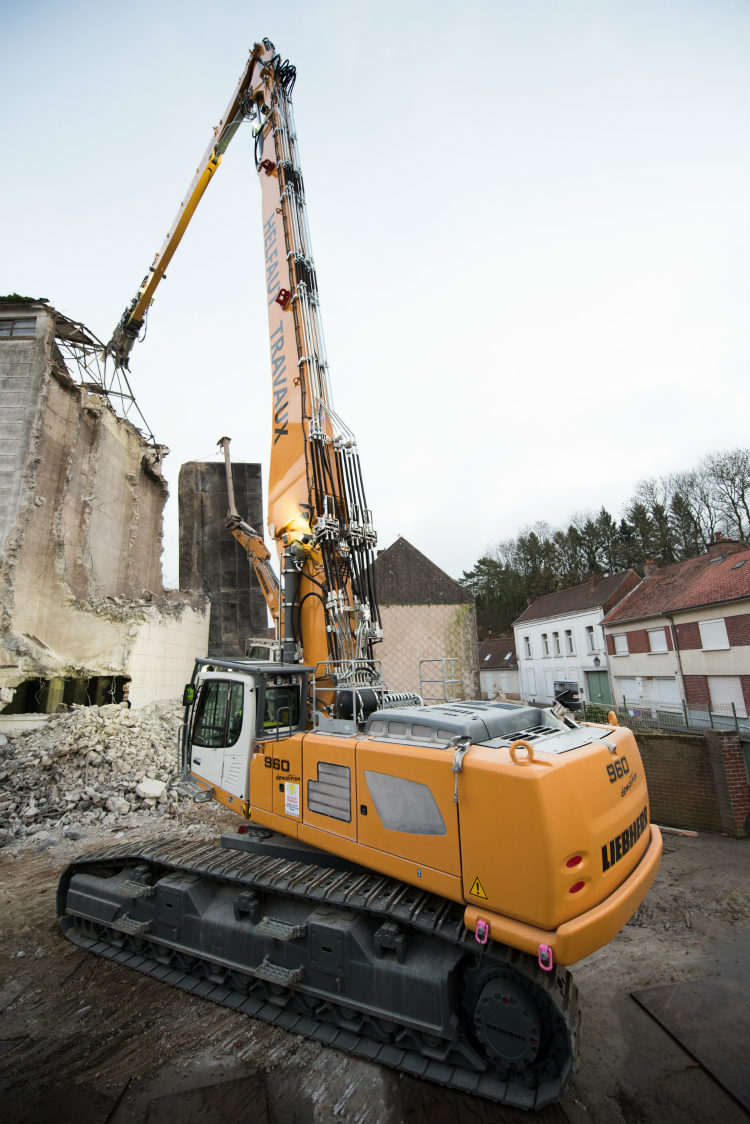 In December 2015, the new Liebherr R 960 Demolition crawler excavator was deployed for the first time anywhere in the world. Helfaut Travaux used the demolition excavator to demolish a silo near Frévent (France), and it attracted quite an audience. With an output of 240 kW/326 HP and an operating weight of approximately 93 tonnes, the excavator, which was built in Colmar, France, complies with the applicable Stage IV/Tier 4f emissions standards.

The R 960 Demolition crawler excavator supersedes the previous model, the R 954 C Demolition, and provides working heights of up to 33 m. With the R 960, tool attachments with a weight of up to 3.5 tonnes can be used and a high break-out force can be achieved. What is more, increased tool weights with greater reach enhances productivity.

Included in the R 960’s standard equipment is the Liebherr Demolition Control System (LDC), which won the innovation award at Intermat 2015. The system gives the operator information about the precise position of the demolition tool and thereby safeguards the stability of the excavator. The position of the tool is displayed in colour and in real time on the touchscreen, along with the tilt angle of the machine. This provides the operator with real-time information about what movements are permitted. In this way, it is possible to minimise the probability of human error impairing the stability of the machine. Liebherr is currently the only manufacturer in the market that offers this system.

In 2014, after several years of deployment and more than 9,000 hours of operation, the demolition excavator owned by Helfaut Travaux had reached the end of its service life. The time was right for a new machine that could do justice to the company’s ambitious business strategy and the new Liebherr R 960 Demolition crawler excavator fitted the brief.

According to Pascal Cochet, Managing Director of Helfaut Travaux, it was above all the quality and expertise of local manufacturer Liebherr that proved pivotal in the decision-making process: “The R 960 Demolition was born out of Liebherr’s expert knowledge as a manufacturer of crawler excavators with many years of experience and know-how in this field.” Furthermore, competent advice, customer proximity and the speed at which Liebherr dealer Toufflin MTP responded impressed the company and helped to seal the deal.

The R 960 Demolition crawler excavator opens up new markets for Helfaut Travaux. The old demolition excavator with large boom only reached a demolition height of 28 m, while the new excavator can reach up to 33 m. “With this excavator, there is also no need for two lots of work tools as these can be used with a short and a long boom”, Pascal Cochet adds. The company will make its new acquisition, along with a driver-operator, available to its customers in the Nord-Pas-de-Calais-Picardie region with rental conditions arranged individually according to the deployment site.

The imposing R 960 is therefore an investment that enables greater productivity and cost-effectiveness as well as opening up business opportunities for the company’s global development. “This new crawler excavator is our company’s pride and joy and the result of a communal decision that involved, among others, our driver-operators”, Mr Cochet concludes enthusiastically. 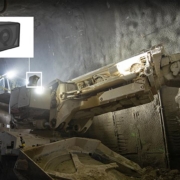